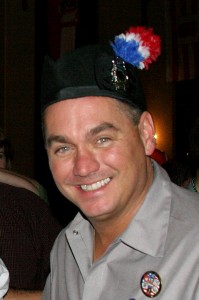 Jim Morrow has been with the band since 2006, and is one of the founding members. He is currently the bass drummer.

He began his career on the Evansville Fire Department on December 1, 1988. He is currently assigned to Quint 5, protecting the west side of Evansville. 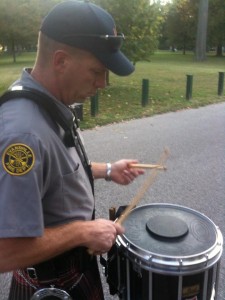 Kurt Behme has been with the band as the side snare drummer since 2011. He has been drumming since high school and has also previously drummed with Kyilindi Pipes and Drums out of Mt. Carmel Illinois.

Kurt has been with the fire department since April of 2003, and is currently assigned at station 3 on Engine 3.

Joey Jones joined the band in 2007 as a snare drummer. Having no prior drumming experience, he learned the basics and a generic score to add depth to the overall sound of the band. With the addition of an advanced level snare drummer and a bass drummer later, Joey transitioned to the position of tenor drum completing the mid section.